We headed to the Normandy area of France, just a few hours away from where we were staying in Paris.  Our first stop was super exciting to me, Bayeux.  Our time there was short, but we had the opportunity to see the Bayeux tapestry, a 70 meter long, had embroidered tapestry from the late 1400s which told the story of William the Conqueror.  It was fantastic to see.  I had studied it in art history, so being there in person was amazing.  Photography was prohibited, so I don't have any images of it sadly. 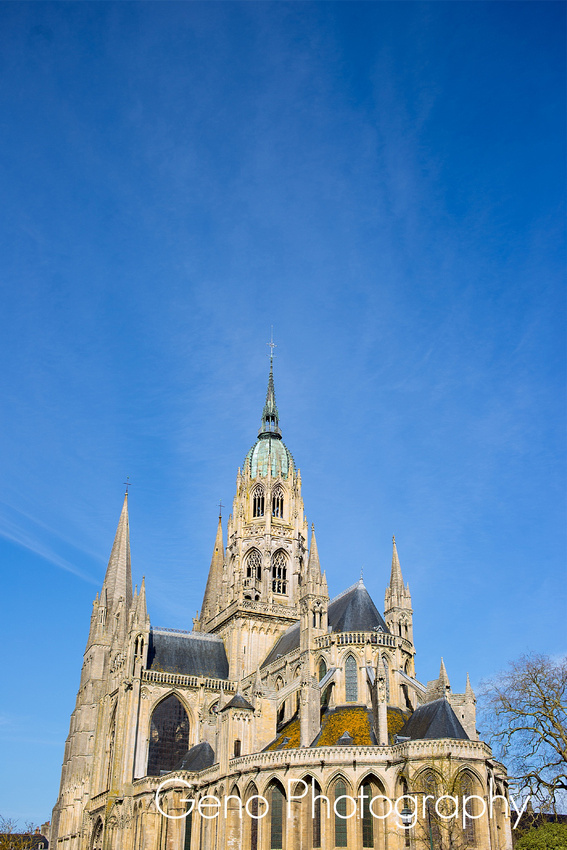 Just a few blocks away is the local cathedral, where the tapestry was originally housed.  Another stunning architectural wonder!  In fact, each little town we drove through had it's own beautiful cathedral.  Some were not quite as large as others, but they were all lovely and carried with them a sense of history.  Here in the US, we pass by "old" churches, but in France these churches had stood for centuries.  They had seen wars, changes in government (big changes at that), and have withstood the test of time.  It really is fascinating and wonderful. 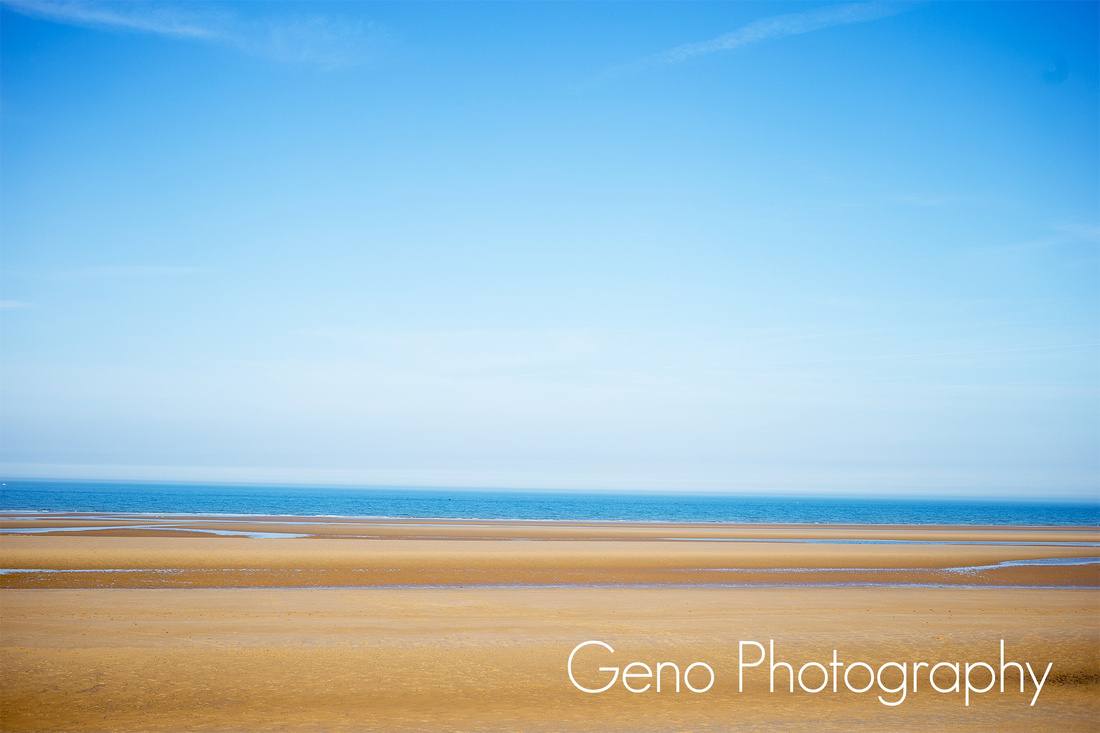 Next we headed to the D-Day beaches, Omaha Beach in particular.  It is amazing to think that while children today laugh and play in the sand, what a crucial battlefield it was in WWII.  The sacrifice and bravery shown on that beach is just breathtaking.  Being the wife of a soldier, it's impact on me was great.  So many soldiers offered the ultimate sacrifice on that beach, and the numerous other D-Day locations.  It was overwhelming to try and take that all in. 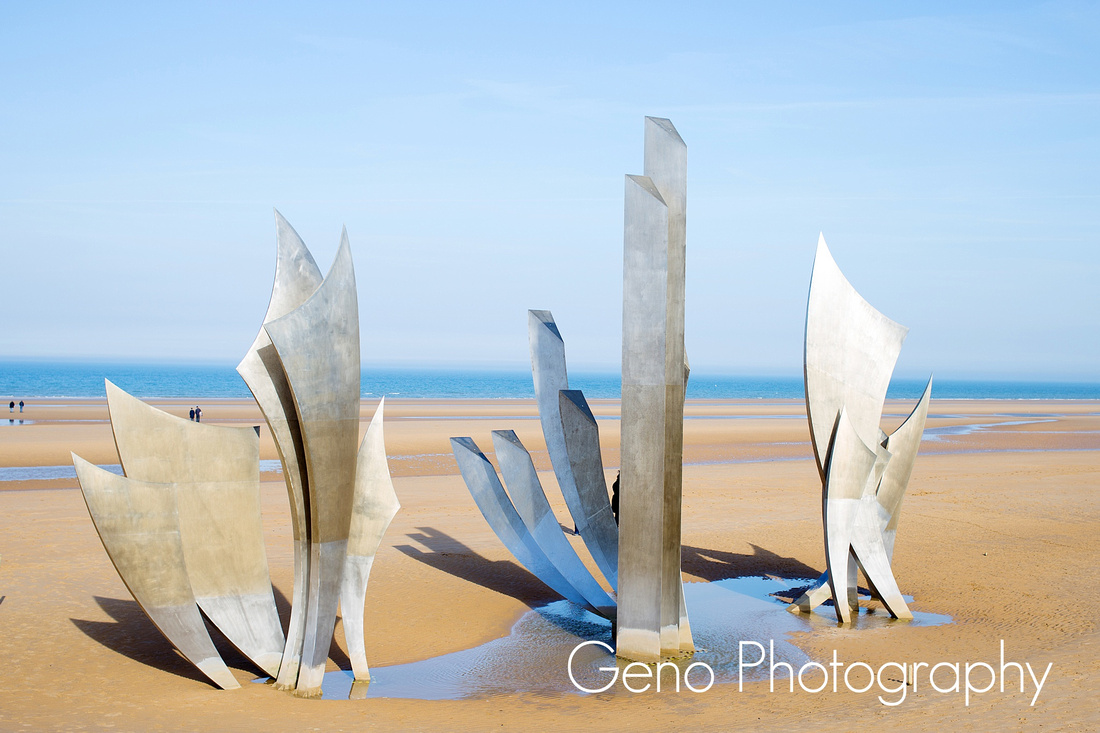 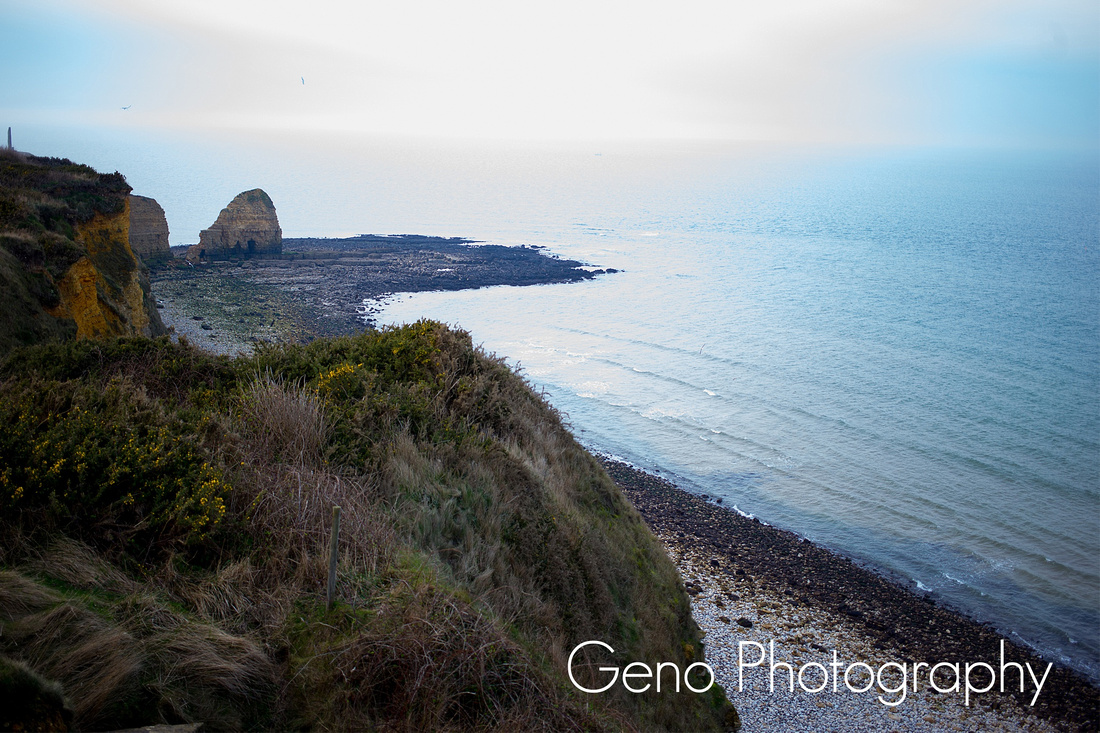 Our last stop that day was at Pointe Du Hoc, the cliffs that US Rangers scaled to remove enemy weapons.  Along the top of the cliffs were large craters caused by air bombings and many of the gunnery positions still stood, many of their cement structures ravaged by the attacks.  The cliff edges were still lined with barbed wire, rusted with time.

Along our drive, we saw many very old chateaus that were likely caught in the chaos of that battle.  I cannot imagine what life was like for civilians along the coast.  It was amazing to travel these roads and walk on the beaches, such a moving experience. 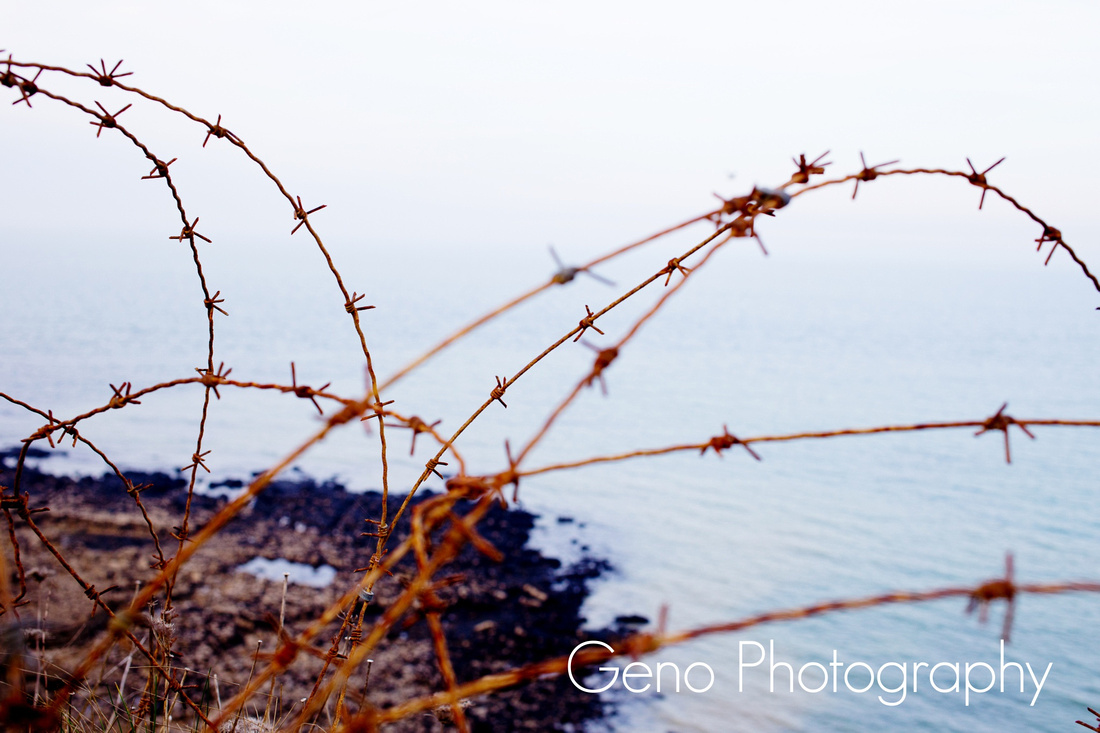 Our weather good luck ran out on day 6, leaving us with chilly, drizzly, foggy skies.  Even so, Mont Saint Michel was beautiful.  This abbey built upon a large area of rock becomes an island when the tide comes in over the flats that surround it.  Through the centuries it has served as a church, a fortress, a stronghold, and more.  It was never taken during any of the many wars that were fought there.

It began as a small chapel upon the top of the rock, build after the archangel Michael came to an Irish hermit in his dream telling him to build a church in honor of Michael.  As time went on, it became a place to which the religious pilgrimaged.  As it grew in popularity, it was added onto.  It was amazing to see the transitioned from traditional arches to Gothic arches, where flying buttresses were introduced, and so many more architectural advances throughout the centuries.

At the top, there is a courtyard where the section of building that had been there had burned many years before.  The exposed stones on the ground each clearly showed the stonemasons' marks.  This was how they received their pay.  They were paid for each stone they laid, so their mark was essential as evidence of their work. 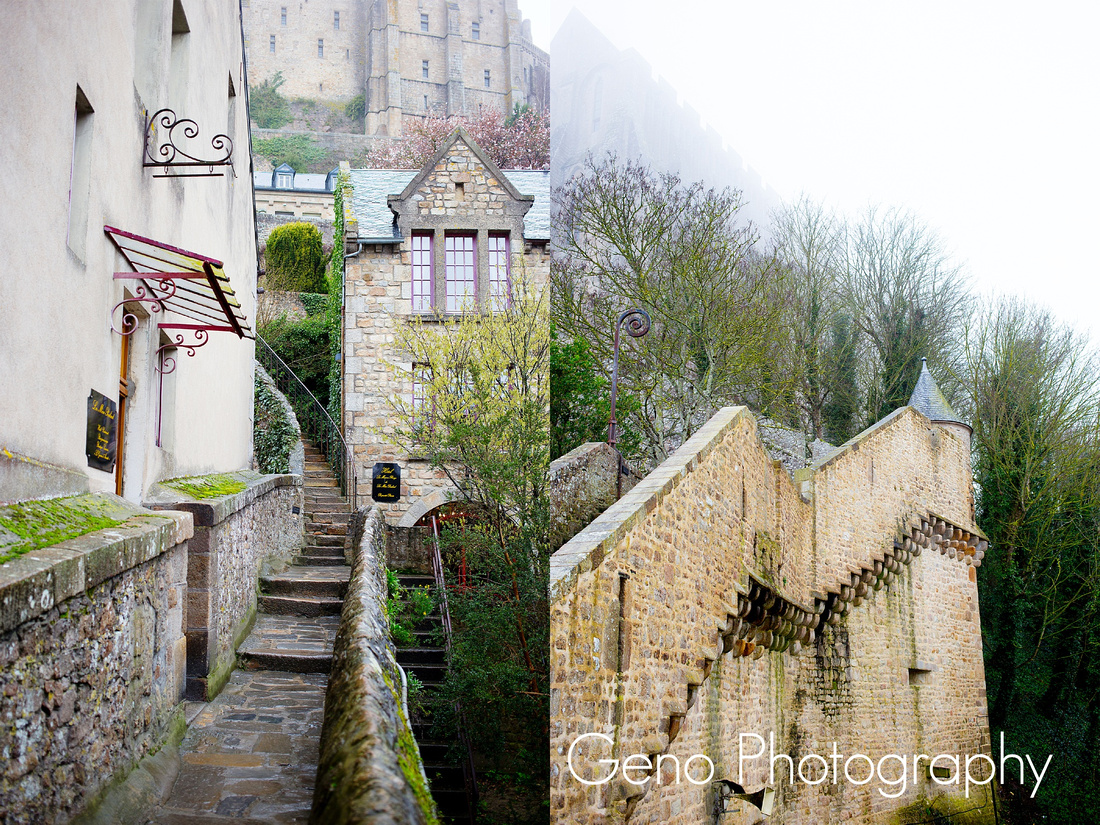 Within the abbey and chapel, there are many places where the bedrock comes through the floor or wall, as they built around the living rock.  It is beautiful!

Surrounding the abbey, a village grew.  Today it houses the many people who work at Mont Saint Michel, as well as a large variety of shops and restaurants.  We greatly enjoyed our meal there.  I had a Normandy salad, a warm piece of camembert cheese wrapped in a thin flaky crust with a spring greens salad and mustard vinaigrette.  As a main course, I had lamb which was delicious.  Dessert was apple sorbet topped with a delicious apple liqueur made locally.  It was fantastic, but very strong.  Apple was a very common ingredient for desserts in France, at least in the areas we were visiting.  It was all so delicious!  In fact, the food overall was just fantastic.  I was a very happy foodie the whole time we were there!

I loved all the little details around Mont Saint Michel.  The little yellow flowers growing from the sides of the stone walls, a brilliant touch of life on erupting from cold, solid, gray mass.  Also, the wooden pegs in the doors were intriguing.  The craftsmanship throughout everything there was so fun to see. 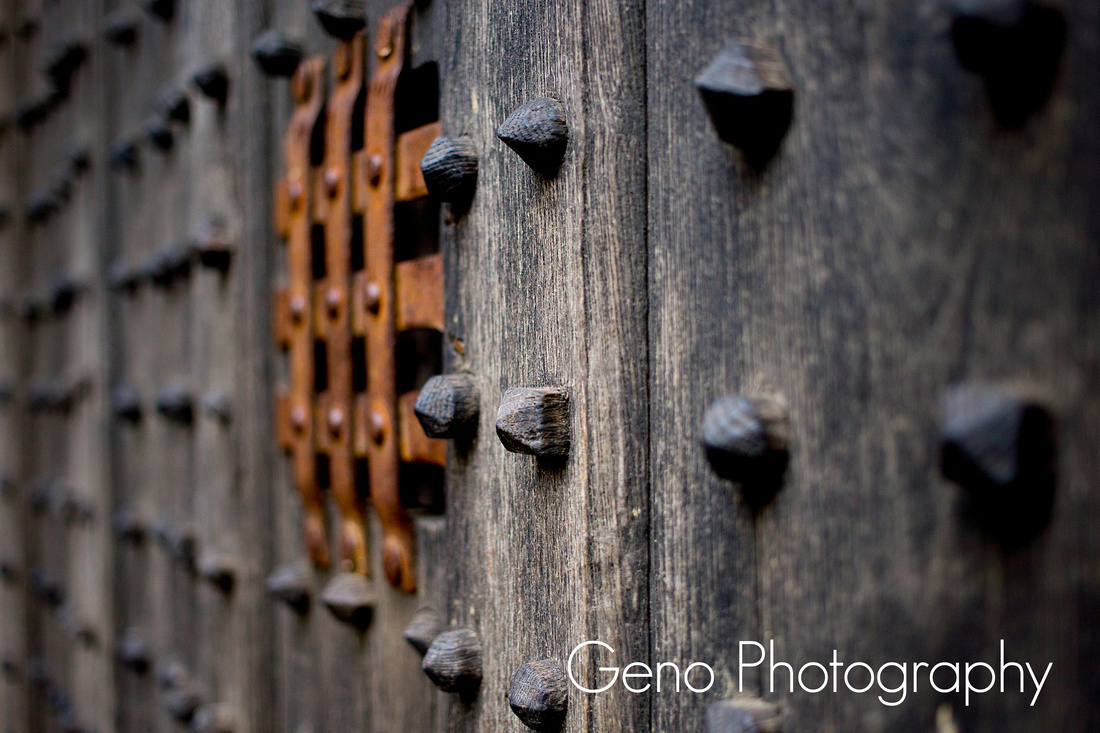 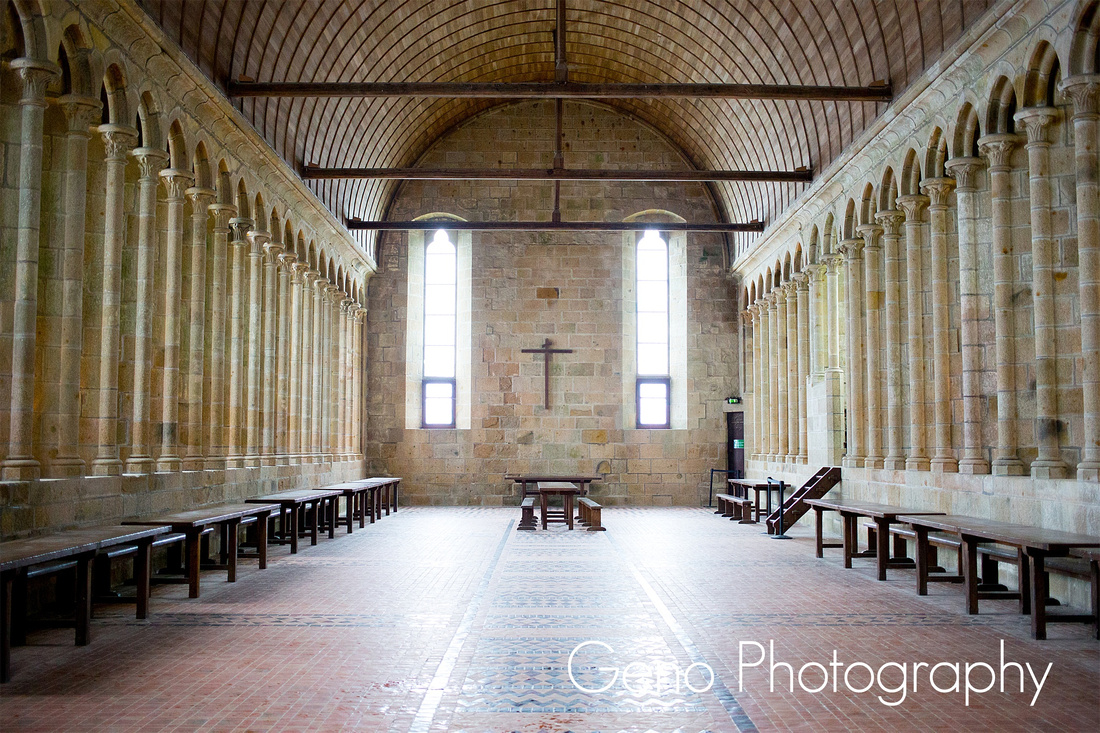 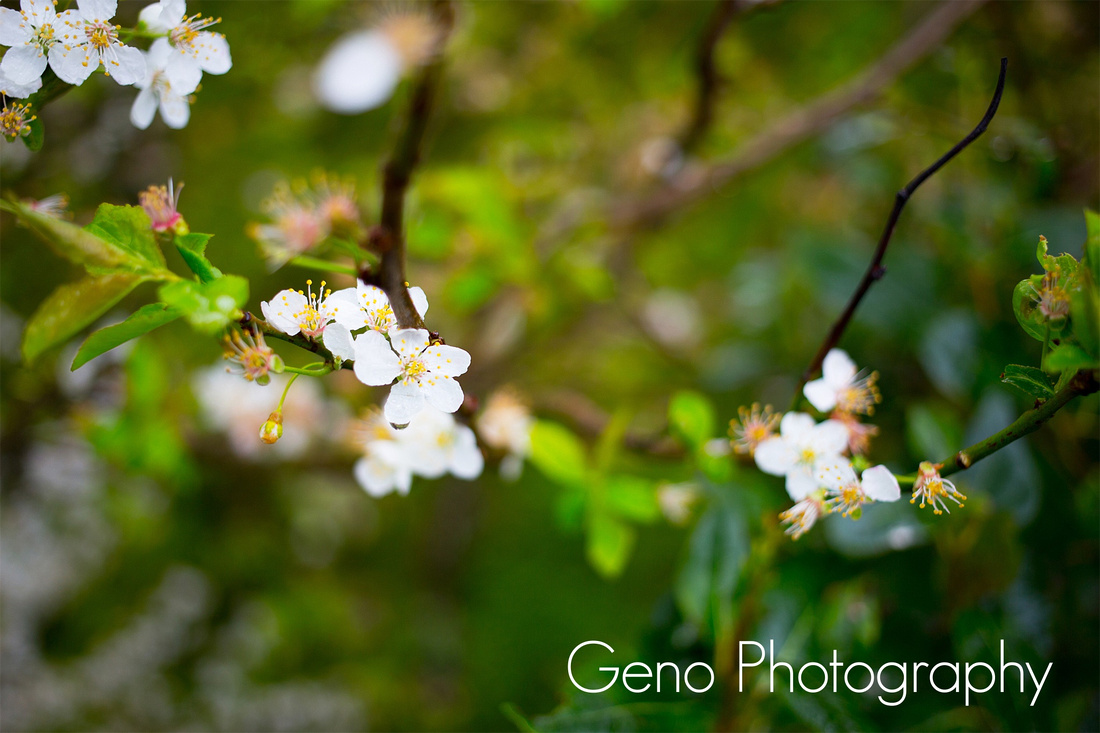 The rain on the blossoms was beautiful.  I love spring for the breath of color and life it breaths back into the gray world.  Lovely! 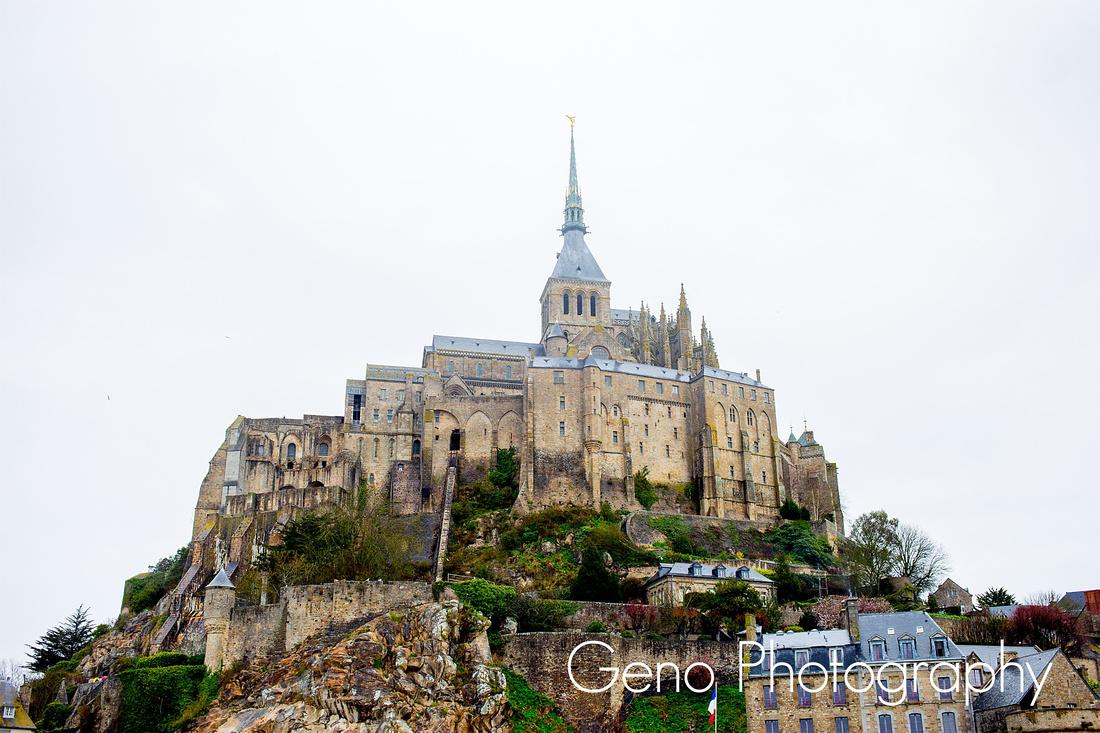 As we were leaving, the fog lifted enough to finally see the top of Mont Saint Michel.  Such an awe-inspiring place to visit.  I am so thankful we have the opportunity to go there.