Ah, Paris!  While admittedly, it was not at the top of my list of travel destinations before this trip, I am so thankful we seized the opportunity and went.  While Paris is known for it's shopping, fashion, food, etc., I was most excited for the museums.  Now, normally I'm not a huge museum person...probably because we often seem to find ourselves in military or aircraft history museums as that is a passion of my husband's.  It's not my favorite subject, as I have always struggled to stay focused in history class.  But Paris has the Louvre!!  The Art major in me was so happy and excited as we waiting in the LONG line outside the entrance. 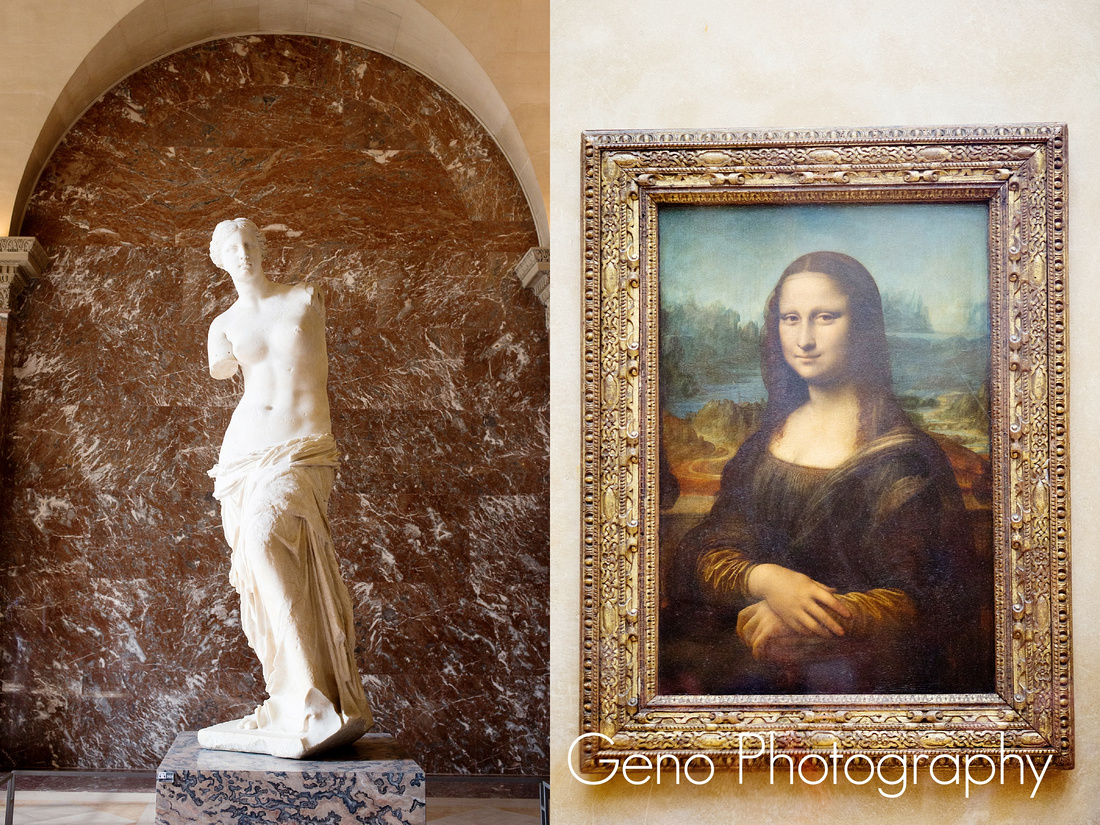 The Louvre is huge.  Well, even that is an understatement.  I could have lost myself for weeks, perhaps even months in there.  Even with spending the day we barely touched the vast majority of exhibits.  We did manage to find our way to the Venus de Milo and Mona Lisa, both beautiful artworks shrouded in mystery.  It was amazing to see them in person.  To think, I was mere feet away from something Leonardo da Vinci created.  Pretty awe-inspiring.  Admittedly, it was less pleasant trying to get close to the Mona Lisa, as the crowd was a bit ridiculous and honestly very rude.  My poor 10 year old was about smashed in the face by one lady.  Disappointing behavior to say the least. 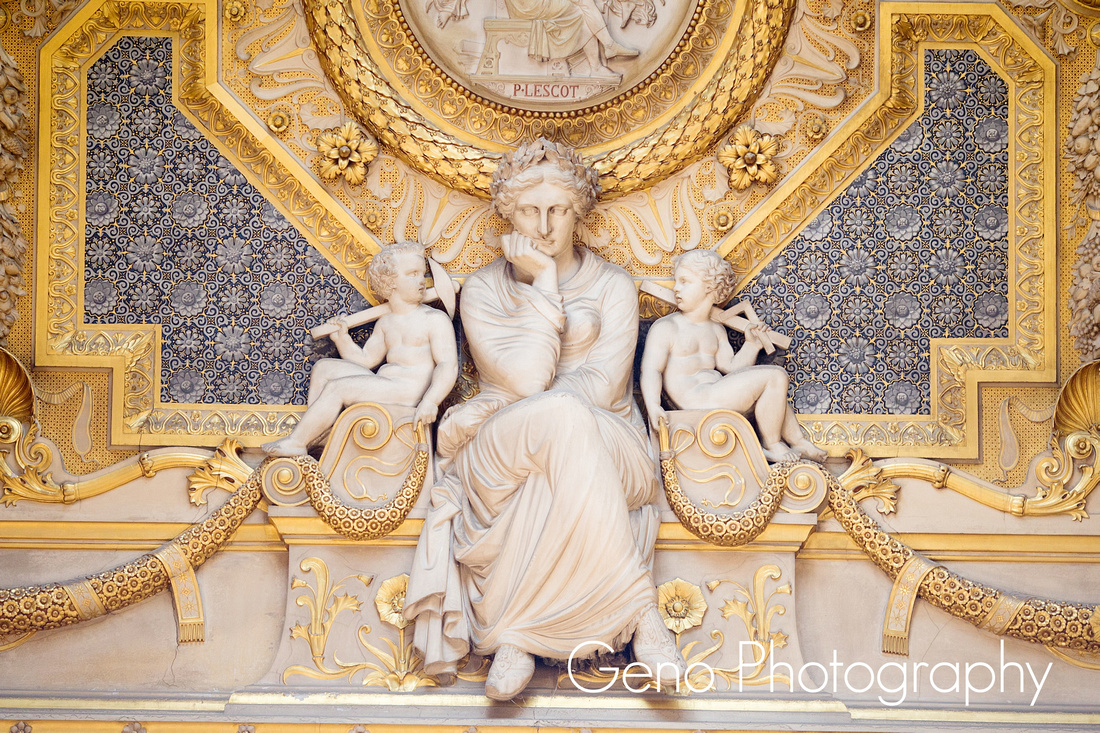 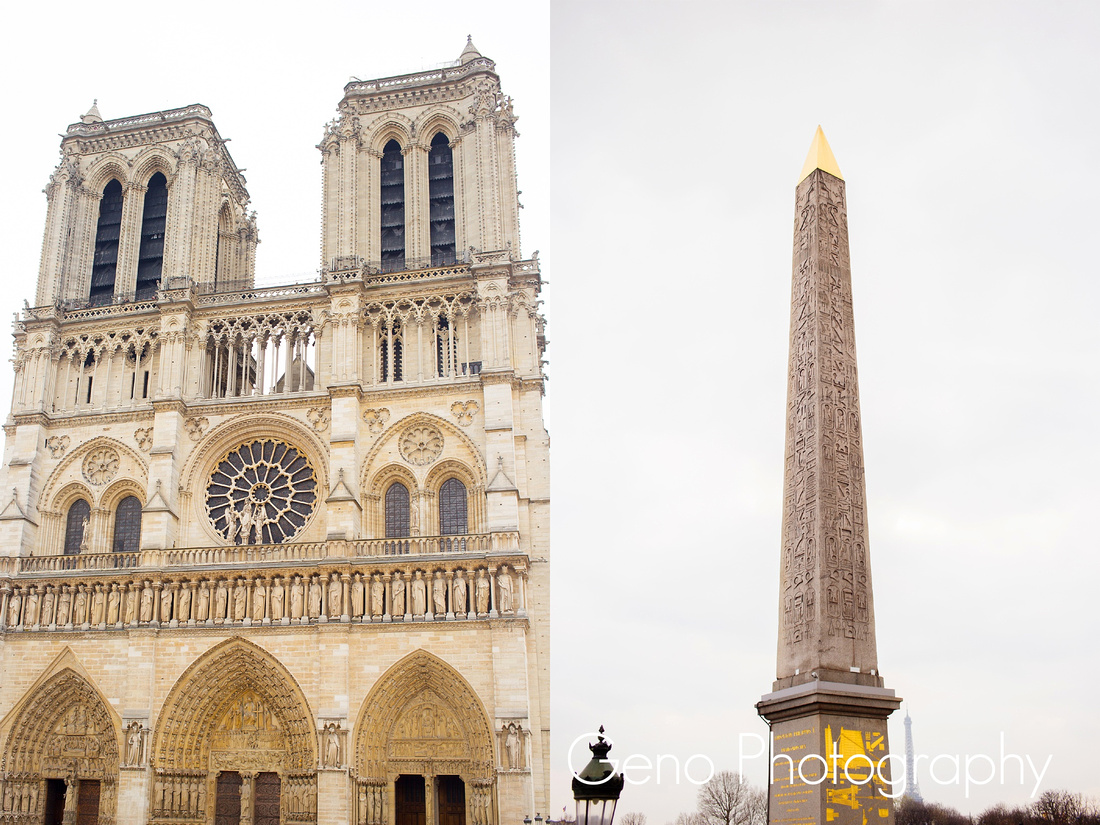 After the Louvre, we caught a bus to Notre-Dame Cathedral.   We had seen some stunning churches along our trip so far, but Notre-Dame was something unto itself.  It was so large.  The ceilings were so high, and beautifully illuminated by the cool, blue glow from the stained glass windows.  Such a gorgeous building! 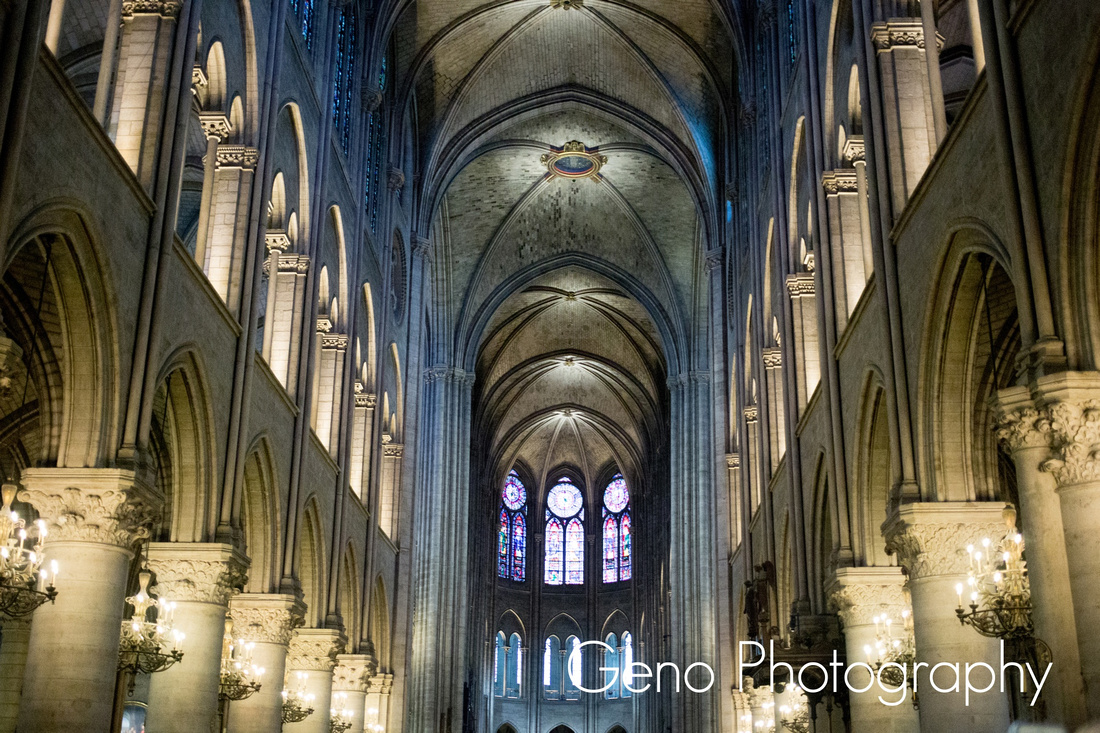 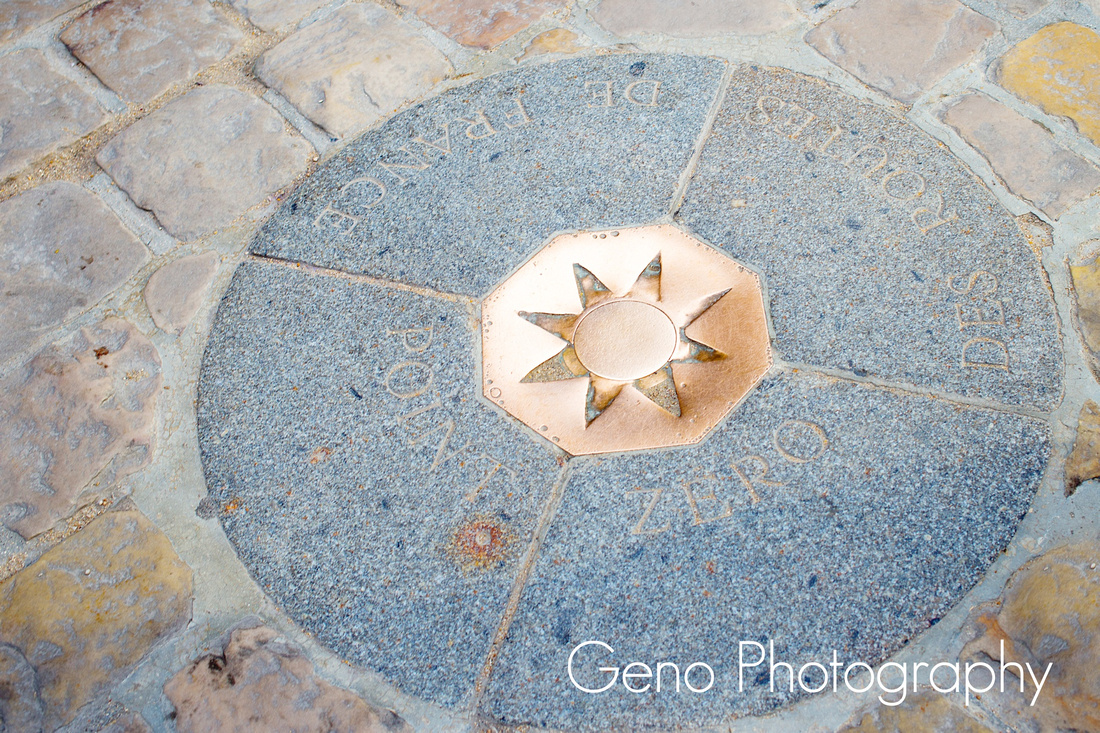 Just outside of Notre-Dame is Point Zero, it marks the center of Paris and all roads in France are measured from this point.  An interesting tidbit I had not known previously. 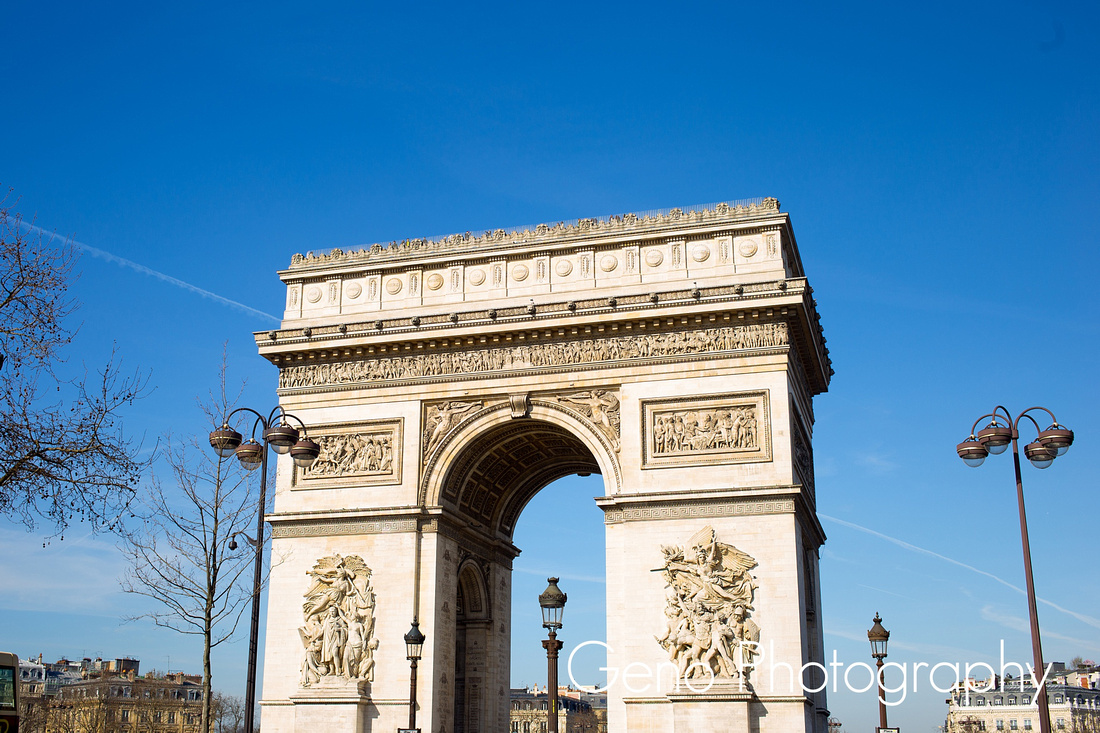 Our eighth and final day in France, began with a trip to the Arc du Triomphe, which stands at the end of the Champs-Élysées.  It is a triumphal arch first conceived by Napoleon.  It stands today as a monument to French battles and wars and is home to their tomb of the unknown soldier.  We spent some time walking around the outside of the arc before braving the climb to the top.  There is some debate in our house hold as to how many stairs we climbed (we didn't count on the way up, just the way down).  The trip down found us climbing down roughly 200 stairs on the spiral staircase.  Below is a picture from about 3/4 of the way up when I was able to get a quick shot while everyone else climbing was hidden from view, yay timing! 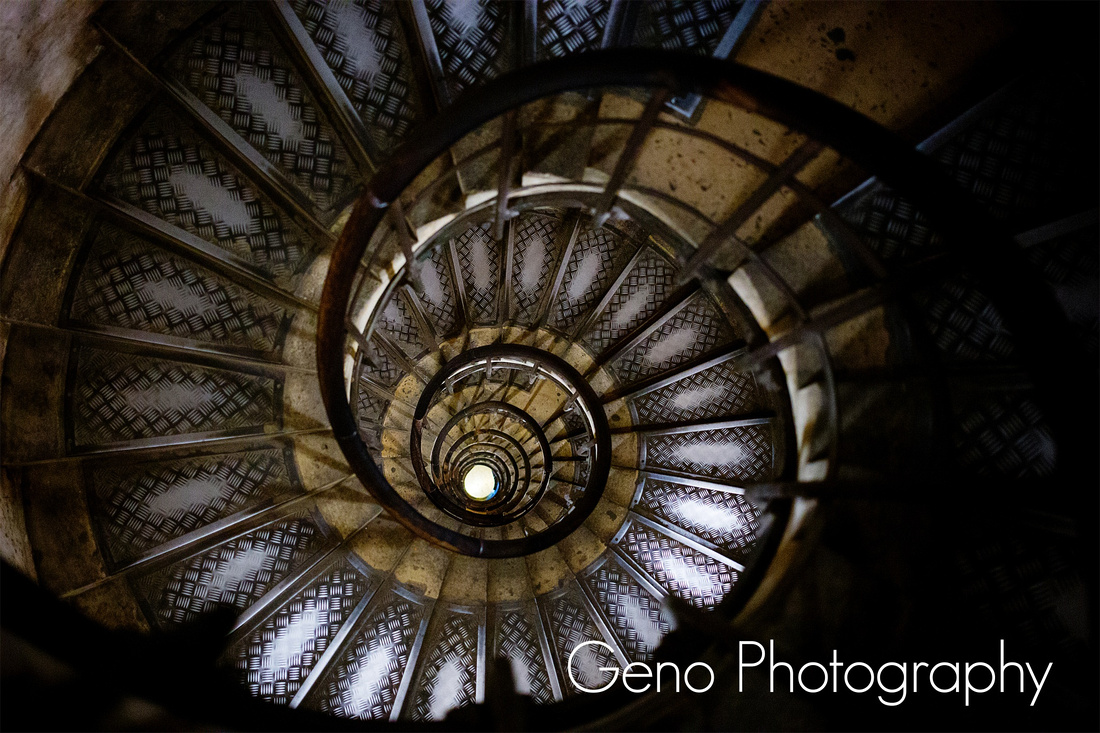 The view from the top was great!  We could see most of Paris.  I loved looking at all the rooftop gardens on the nearby buildings.  There were quite a few! 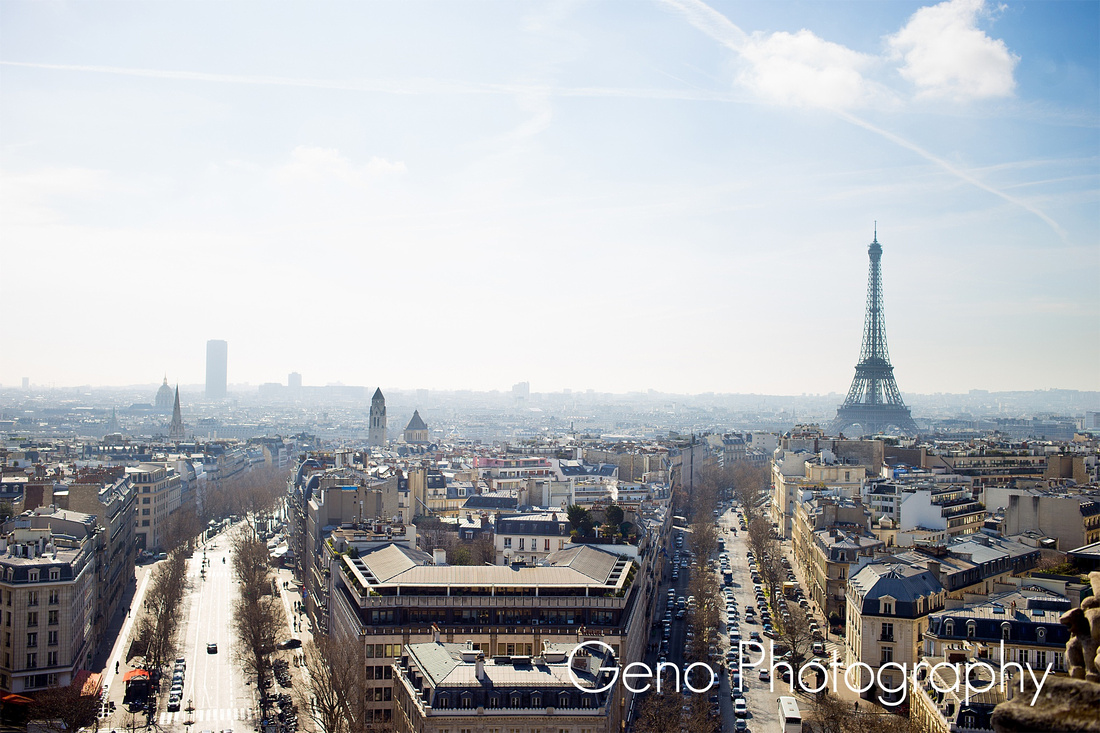 Our final big stop was, but of course, the Eiffel Tower.  My girls had a blast on the little carousel we found near it, while my husband and I enjoyed an espresso or two (where would I be without caffeine?).  Then we headed over to the base of the Eiffel Tower.  We had enjoyed using our Paris City Passes at the Louvre, Arc du Triomphe, Notre-Dame, etc.  But the Eiffel Tower is not included, and since we'd gotten such a beautiful view of the city from the Arc, we decided to enjoy it from the ground.  Even more exciting, at least for my girls, was the ice cream vendors who were set up there.  They enjoyed ice cream cones while they basked in the sun at the base of the Eiffel Tower, two very lucky and very happy little girls. 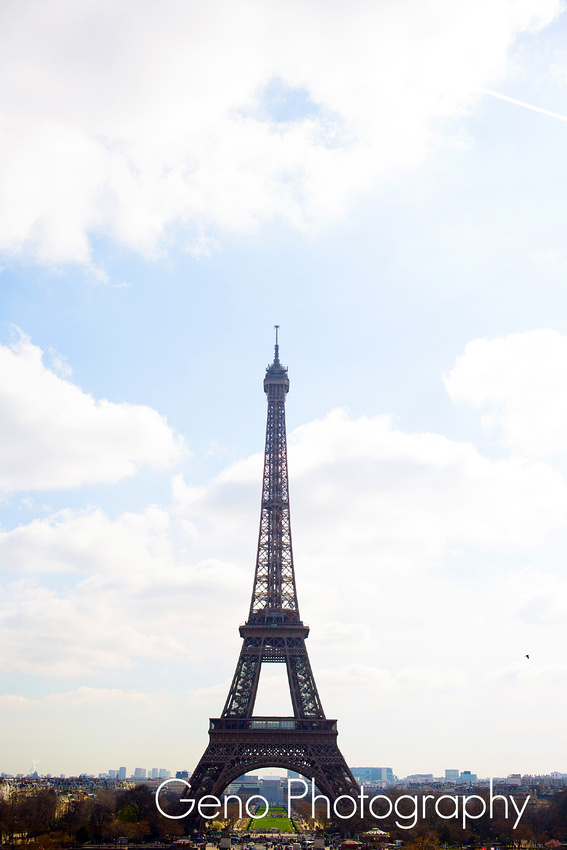 Our final leg in Paris, wasn't very photo-worthy.  We headed to find souvenirs along one of the streets, the name I cannot remember.  In our wandering back to the bus stop, we did enjoy a stroll through the Tuileries Garden, which is across from the Louvre.  As with Versailles, the fountains were not yet running for the year.  However, it was a beautiful and peaceful walk after a busy trip. 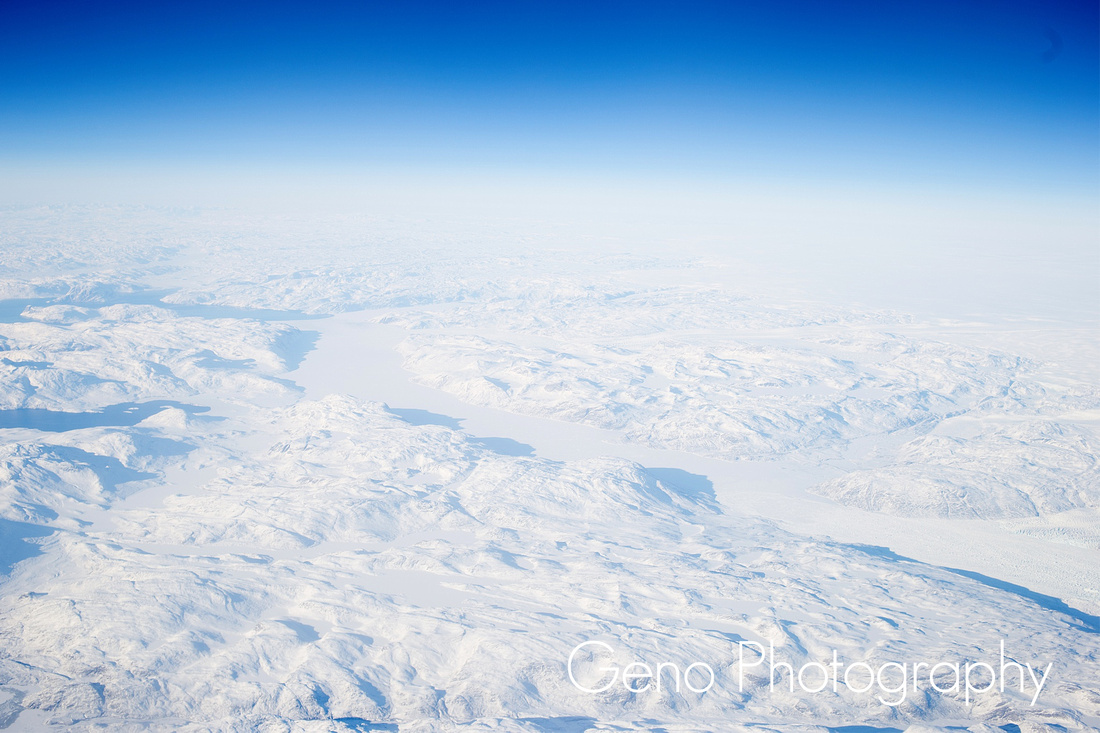 On the flight home, we happened to peek out the window as we flew over Greenland.  My oldest insisted on getting a picture.  I am happy we were vacationing where there were green leaves, flower buds, and mild weather.  I am also happy we came home to the beginning of the same.

I hope you enjoyed hearing about our trip!  It was an absolutely wonderful experience.  I am so thankful we had this opportunity.